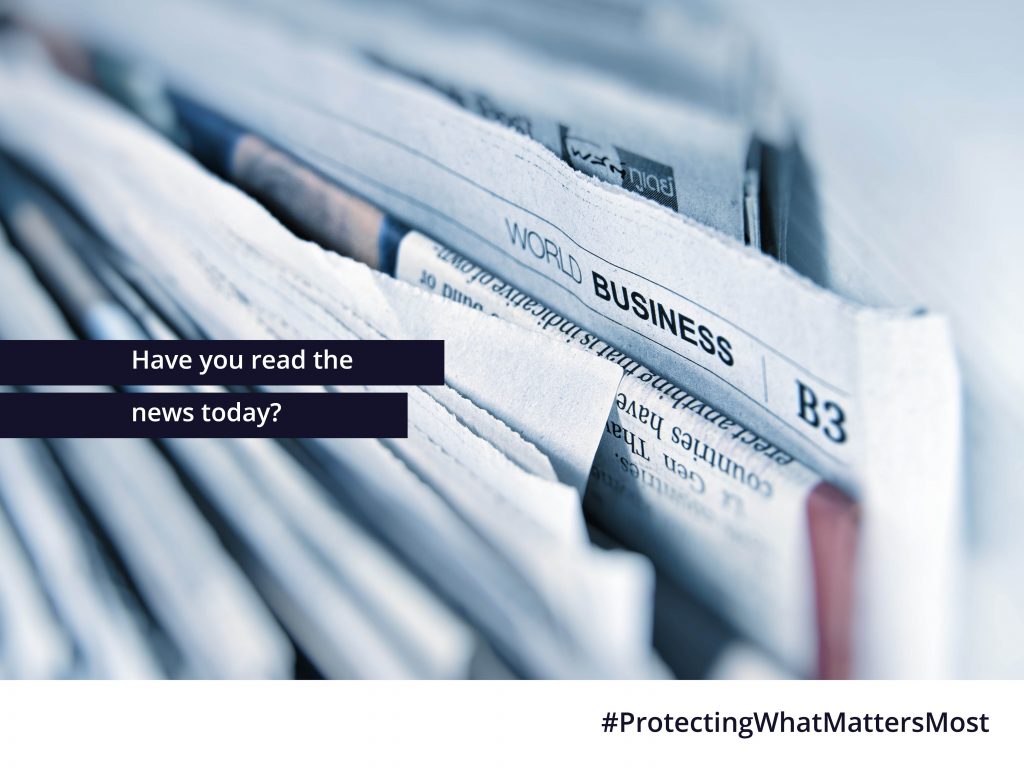 Have you read the news today? Chances are there’s something happening in the world with the potential to keep you awake at night. But while it’s one thing to follow the news, it’s another to act on it in a way that can backfire on you as an investor.

Journalists define news as what’s novel, startling, eye-catching, unusual or conversation-starting. Media companies use news to maximise attention and help their clients, the advertisers, to sell their products and services to you.

While news coverage also unquestionably plays a civic function, much of what is given prominence in the media day-to-day is consciously workshopped by editors to trigger an emotional reaction and build engagement.

For long-term investors, this presents a challenge. How do you differentiate between genuinely important, far-reaching and reliable information on the one hand, and cynically chosen clickbait and inconsequential beat-ups on the other? Put another way, how do you tell the difference between signal and noise?

One approach is to look at past headlines in an historical context and ask yourself how you would have fared if you had acted on those in your own portfolio.

The 20 headlines below are drawn at random from a Google search from the past 10 years, starting with the global financial crisis of 2008. Notice how many of them use dramatic, emotively-loaded adjectives and how many are purely speculative.

To be fair, many of those headlines accurately reflected concerns in some corners of the market at the time they were written. For instance, swine flu may have turned into a global pandemic. The Euro Zone crisis of 2011 and 2012 generated real fears of a break-up of the single currency zone.

But we need to put these into events into a wider context. Here are six observations:

First, understand how markets work. Breaking news is quickly built into prices. Often by the time you read about an event, the markets are worrying about something else. (To illustrate this danger, look at global shares over this 10-year period. In 2008, the MSCI World Index delivered a negative return of just over 25%. But it rose in seven of the next nine years to deliver an annualised positive return for the decade of just under 7%.1)

Second, understand how media works. Competition for eyeballs has intensified in recent years as online news and the mobile devices have put real-time information on tap for everybody. With the facts already known, news coverage increasingly becomes dominated by speculation and opinion.

Third, ponder on the motivations of, journalists and instant pundits. Noise is their currency. What’s important in their world is not so much what is happening, but that there is always something happening. Otherwise, they feel like the fire brigade without a fire to put out.

Fourth, accept what you can and can’t control. News can be diverting and interesting, it’s true. And there’s nothing wrong with taking an active interest in world events. But as long-term investors, acting on news that is already priced into markets can be counterproductive. The risk is something else then happens and all you’ve achieved is to realise a loss.

Fifth, focus on what you can control – like how your assets are allocated across and within shares, bonds, property and cash, the degree of diversification in your portfolio, what you pay in costs and taxes and the regular rebalancing of your portfolio.

Finally sixth, all of this is easier if you have a financial advisor who can keep you disciplined and true to your original intentions. Because they know you, understand your risk appetite and are aware of your goals, the story always starts with you and not with what’s in the headlines.

None of this is to downplay the tragedy of real events or to deny the magnitude of whatever is happening in the world, but taking a human interest in global affairs and looking after your own welfare need not be incompatible concepts.

By the way, Dimensional has produced a video that neatly captures in sound and motion the financial headlines of the past decade and vividly shows how an advisor can help you tune it out. Take a look here.

This article has been prepared and is provided in Australia by DFA Australia Limited (AFS Licence No.238093, ABN 46 065 937 671). The article is provided for informational purposes only. Any opinions expressed in this article reflect the authors judgment at the date of publication and are subject to change. No account has been taken of the objectives, financial situation, or needs of any particular person. Accordingly, to the extent this material constitutes general financial product advice, investors should, before acting on the advice, consider the appropriateness of the advice, having regard to the investor’s objectives, financial situation, and needs. This is not an offer or recommendation to buy or sell securities or other financial products, nor a solicitation for deposits or other business, whether directly or indirectly. ©2018 Dimensional Fund Advisors LP. All rights reserved. Unauthorised copying, reproducing, duplicating, or transmitting of this material is prohibited.

PrevPrevious‘Managing your emotions through the noise’.
NextHave you ever charged your device and left it on your bed or on the couch?Next